OpsCenter supports the 45 most common languages. This allows you to use OpsCenter in your local language. The below shows an example of the French version of OpsCenter. 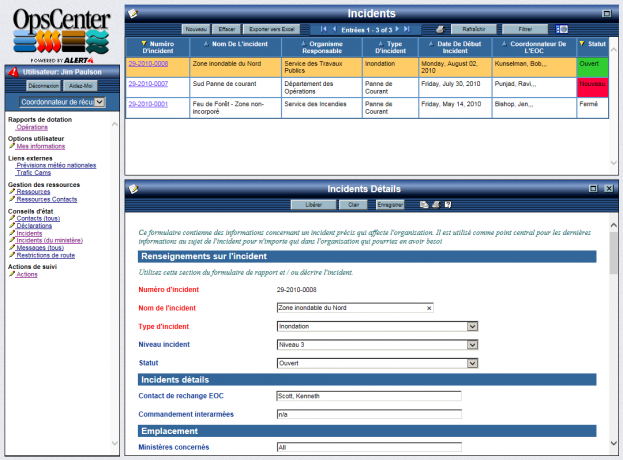 Example screen of OpsCenter in French

The OpsCenter Administration Screens allow a non-technical person to configure the language to reflect the particular terminology of the organization. The language information is maintained in the OpsCenter database so that future releases of OpsCenter can be applied without having to reapply the language changes.

Below is a partial list of the languages supported.

OpsCenter systems can also be switched from one language to another. For example, if an organization likes an OpsCenter configuration that is in another language they can have the system translated to their local language so they can use the configuration. The process of translating a system is technical, but it is straightforward. Please contact Alert Technologies if you would like to have your system translated to another language. The translation process uses an automatic translator so it is expected that a native speaker will review the system once it is translated to make sure the resulting terminology is optimal.

To have Alert Technologies send you information, please click:

You can unsubscribe at any time.